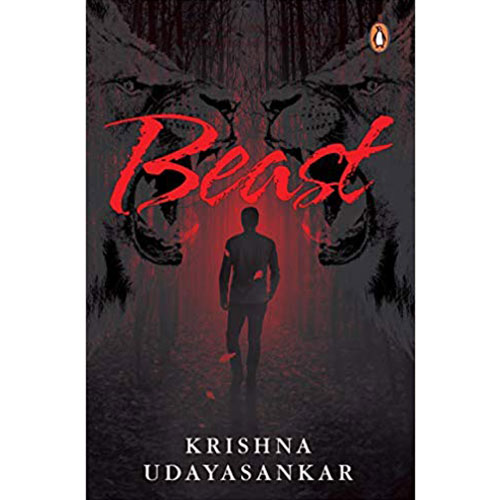 When Assistant Commissioner of Police Aditi Kashyap is called upon to solve a gruesome triple homicide in a Mumbai suburb, she is dragged into the terrifying world of the Saimhas — werelions — who have lived alongside humans, hiding amongst them, since ancient times.

Faced with the unbelievable, Aditi has no choice but to join hands with Prithvi, an Enforcer called in to hunt down this seemingly otherworldly murderer.

But can Prithvi overcome the nightmarish burdens of his dark and violent past to unravel the mystery hidden deep within this secret world of werelions? Can he be trusted to save lives, or will he choose to serve a different, more powerful, master?

As a greater conspiracy unfolds and the very survival of humankind is placed under threat, Aditi and Prithvi must race through the dark underbelly of Mumbai — from quiet suburbs to gritty brothels, from forgotten colonial tunnels to the lights and glamour of the inner city — in search of a dangerous truth.

In search of a monster.

Be the first to review “Beast” Cancel reply