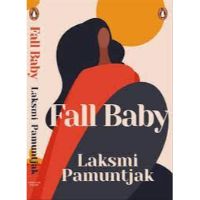 The truth of her own origins, as well as the deep, dark secret that enveloped the lives of her parents will change her world. Srikandi—who prefers to be called by her nickname, Siri—is a globe trotting conceptual artist. She is shy, a little introverted and inquisitive. She is also worldly, intelligent, free-spirited and the loneliest woman on the planet. Siri’s personal life, however, defies even her own imagination. Married young but now a widow with an adopted daughter, Siri is forced to confront her beliefs and understanding of family, self, and the world. Will she be able to reconcile with the violence in her parent’s past to move forward in the changing world?

Born in 1971, Laksmi Pamuntiak is a bilingual Indonesian novelist, poet, journalist, essayist, and food critic. She writes opinion and features articles for numerous Indonesian publications such as Tempo and the Jakarta Post, as well as international publications such as the South China Morning Post, Frankfurter Allgemeine Zeitung, and Die Welt. She also writes op-eds on culture and politics for the Guardian.

Pamuntjak's first bestselling novel, Amba/The Question of Red, won Germany's LiBeraturpreis 2016 and was named #1 on Germany's Weltempfaenger list of the best works of fiction from Asia, Africa, Latin America and the Arab World translated into German. The novel has been translated into several languages. .

Pamuntjak's second novel, Aruna dan Lidahnya, was a bestseller in Indonesia and published in the US under the title The Birdwoman's Palate. The critically acclaimed movie adaptation of the novel won two Piala Citra (Festival Film Indonesia) awards for Best Adapted Screenplay and Best Supporting Actor. .

Pamuntjak is also the author of three collections of poetry: Ellipsis, The Anagram and There Are Tears in Things: Selected Prose and Poems by Laksmi Pamuntjak (2001-2015); a collection of short stories on paintings, The Diary ofR.S.: Musings on Art, a treatise on man, violence and mythology, Perang, Langit dan Dua Perempuan, and four volumes of the award-winning The Jakarta Good Food Guide, Indonesia's first independent and literary good food guide series. .

Her prose, essays and poetry have also been published in numerous literary and cultural international journals. .

In 2012, Pamuntjak was selected by an international panel headed by Sir Simon Armitage as the Indonesian representative for Poetry Parnassus at the Cultural Olympiad (in conjunction with the London Olympics). Between 2009 and 2011, she was a member of the international jury of the Prince Claus Award, an Amsterdam-based international art philanthropy organization.

In 2017, Pamuntjak was asked to deliver the keynote address at the University of Oxford for the opening of the 9th Conference of the European Southeast Asian Association (EuroSEAS). The keynote was entitled Between Hope and Despair: On Living with Difference in Today's Indonesia.

Be the first to review “Fall Baby” Cancel reply