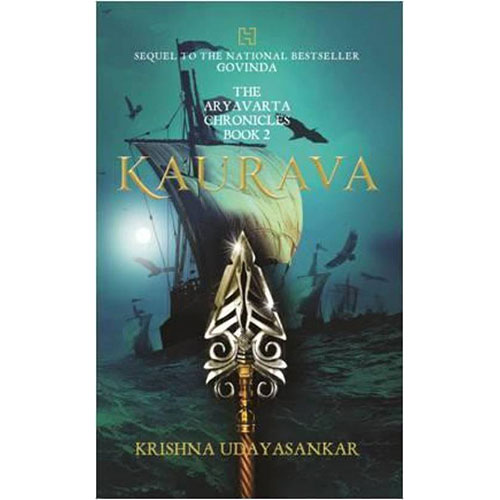 Emperor Dharma Yudhisthir of the Kauravas and Empress Panchali Draupadi rule over the unified realm of Aryavarta, an empire built for them by Govinda Shauri with the blessings of the Firstborn and by the might of those whom everyone believes long gone – the Firewrights.

Now the Firewrights rise from the ashes of the past, divided as before in purpose and allegiance, and no one, it seems, can stand in the way of the chaos about to be unleashed on the land – not the Firstborn, not the kings of Aryavarta, and not Govinda Shauri.

As sinister plans are put in play and treacherous alliances emerge, Aryavarta transforms into its own worst enemy. Dharma Yudhisthir gambles away his empire, the tormented empress is forced into a terrifying exile and the many nations of the realm begin to take up arms in a bid to fight, conquer and destroy each other.

His every dream shattered, Govinda is left a broken man. The only way he can protect Aryavarta and the woman in whose trusted hands he had left it is by playing a dangerous game. But can he bring himself to reveal the terrible secrets that the Vyasa has protected all his life – secrets that may well destroy the Firstborn, and the Firewrights with them?

Be the first to review “Kaurava” Cancel reply